Going Beyond Spreadsheets/Memo/Meeting to See the Odds 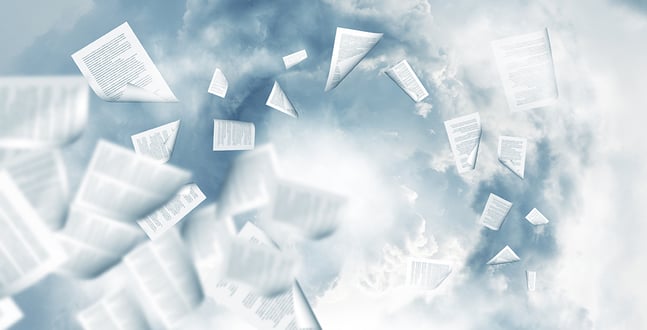 By Mike Ryan, BPN Co-Founder and CEO
When evaluating my portfolio of investments, I’m often reminded of George Box’s aphorism: “All models are wrong… but some are useful”. For over 25 years, the state of the art in “useful” decision making for both company CEOs/boards and for fundamental investment committees involved a group of smart people using what I call the “Spreadsheet/Memo/Meeting process” to drive their biggest decisions. Compared to being paralyzed with fear, overcome with greed, or hasty with gut feel, there is nothing wrong with this approach (and I have used it myself countless times), but wouldn’t it be better to continually update your assumptions with the best available information, use your insight to calculate 100 logical and probabilistic scenarios for actual cash flows and valuation, and understand the odds of each scenario occurring before you make a major decision at the company board meeting or fund investment committee meeting?

That’s exactly what we do with our powerful graph database software and world class analyst team at Bullet Point Network (BPN).

In my personal experience with various committees at Goldman Sachs and the Harvard Endowment, I have always found that the Meeting was far better than the Memo because that’s where the story and the numbers were connected and critically debated (for solo decision makers, thinking in your head is the ‘Meeting’). For me, the Memo (or PowerPoint) generally did a better job than the Spreadsheet of summarizing the thesis, capturing the nuances, clarifying the “gotta believes” and putting upside and downside in context. The Spreadsheet itself, while necessary as the only available quantification of anything, often failed to go beyond a single over-engineered “base case” and a few ad-hoc upside & downside cases. The analysis was largely divorced from the research, insight and critical thinking that drives the actual decision.

We created BPN to capture the best elements of the Spreadsheet/Memo/Meeting process – human insight and judgment – and augment it with powerful technology to build living breathing models which can inform on every major decision. Every company has its own unique business model, financial position, and competitive dynamic, and all are impacted by government policies, capital market conditions and changes in the macro economy. It’s so much to think about and too daunting to quantify all the probable scenarios for a specific company. On a practical level, it’s nearly impossible to capture more than a few cases on a spreadsheet or to continually update your Memo as information and context change over time.

25 years ago, most decision makers took notes on yellow pads, did some quick arithmetic and made decisions in their heads. Before Bullet Point Network, spreadsheets and memos were the best we could do to capture that research, quantify those cases and inform those decision makers. Now, we can do much, much better: Our tools combine the insight of the Meeting, the research of the Memo, and the numbers of (many) Spreadsheets in a single Interactive Strategic Model. (We or you) attach your research directly to the drivers they support, calculate 100 cases for actual cash flow and valuation based on logical assumptions, continually update judgments with new information over time, rate the impact of key drivers, and produce the odds of various outcomes to aid in your decision making.  It’s all available via an interactive platform delivered securely to your desktop and available to anyone your permission to see or contribute to the analysis.

Why not modernize? Quantify Stories in Scenarios with Bullet Point Network.